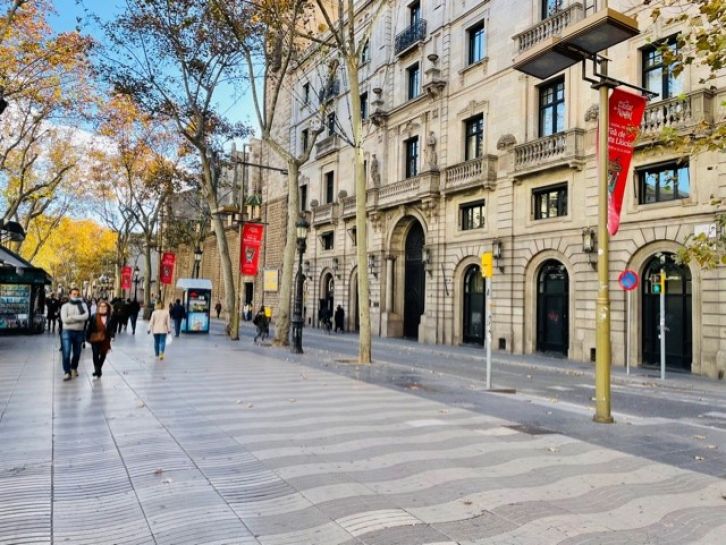 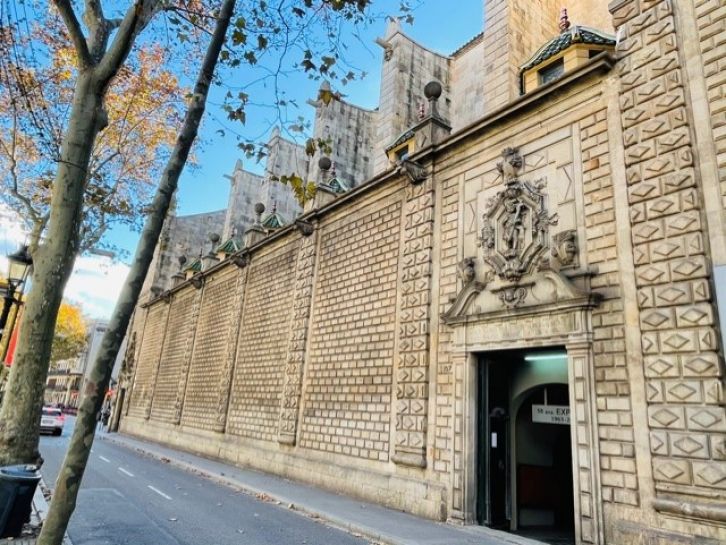 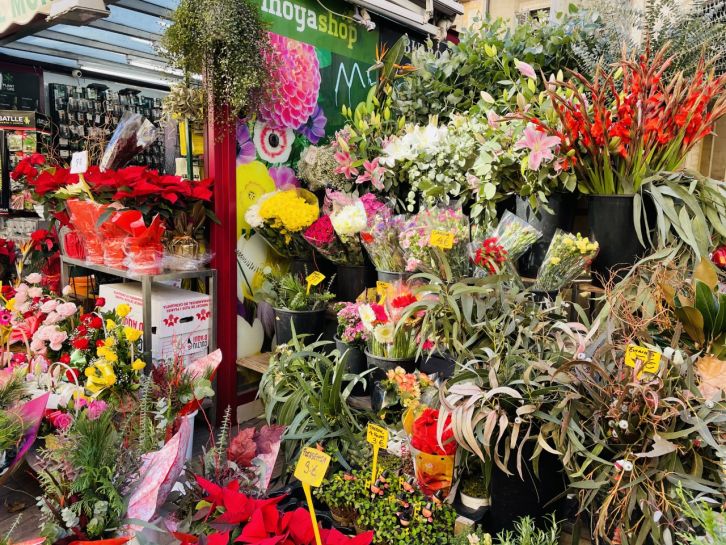 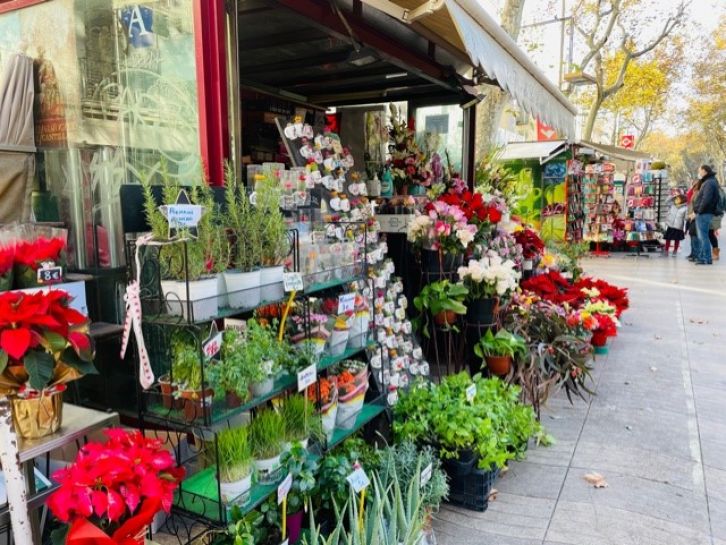 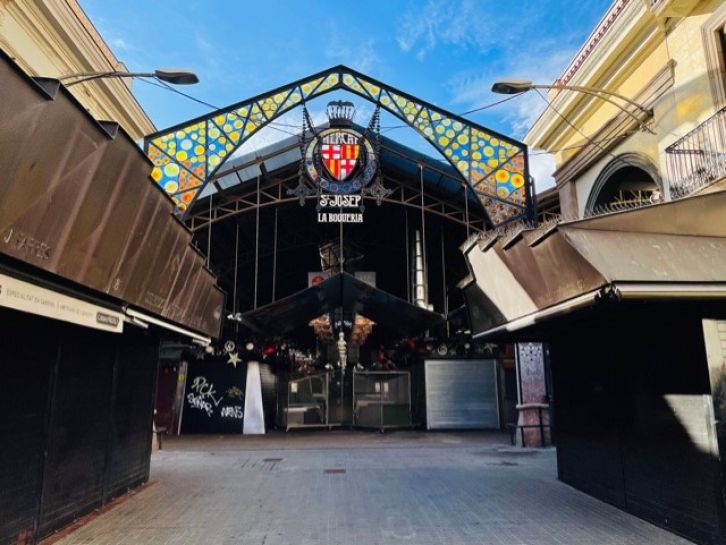 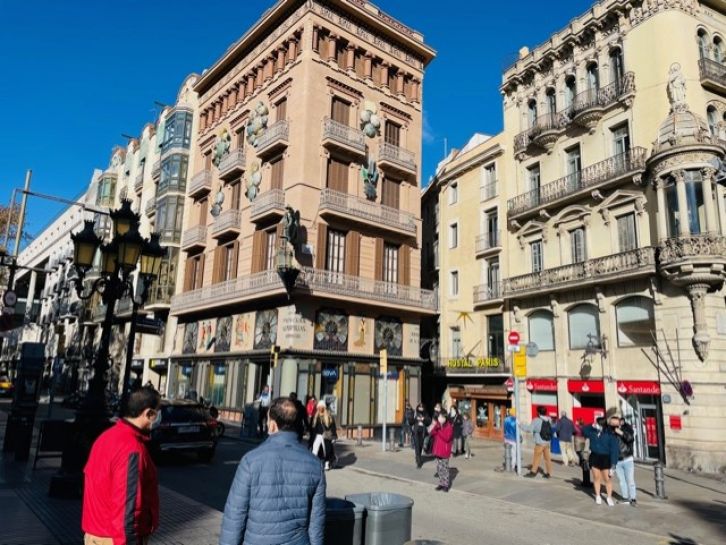 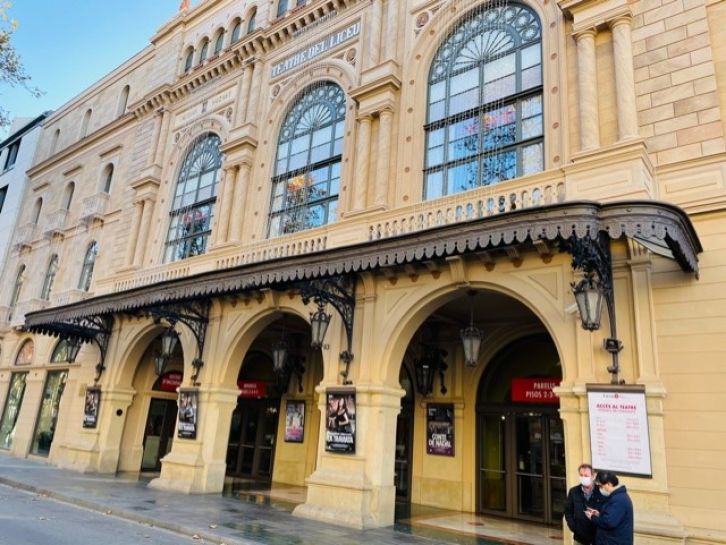 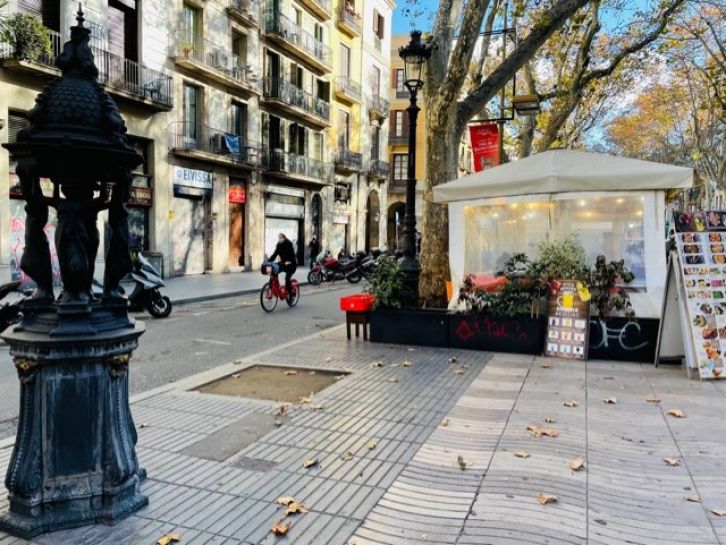 Barcelona La Rambla is a 1.2 kilometer long promenade in the center of Barcelona. It connects the Placa de Catalunya with the old port and is one of the most beautiful sights in Barcelona.

The top part of the Rambla starts at Placa Catalunya. It got its name after the Font (source) des Canaletes, where a fountain now stands. Left and right of the Rambla are the most beautiful sights that Barcelona has to offer. Probably no other place is used by tourists and locals alike. Towards the sea, the candy kiosks are replaced by florists. If you look towards the harbor you can see the Mercat de la Baqueria. It is the largest market in Barcelona and every visitor should see it.

Souvenir stalls and art dealers can be found on the last section of the historic Rambla and immediately in front of the harbor.

The Rambla de Mar, built in 1994, is not part of the historical part of the Rambla. Cross the Rambla past the Columbus Column and you will reach the pier. From here an imposing, undulating wooden bridge leads to the Moll d'Espanya in the center of the harbor basin. There is the Maremagnum amusement park with numerous boutiques, cafes, restaurants, cinemas and the marine museum. The view of the harbor with the different boats and ships is wonderful.

The iron statue of Columbus offers an overview of the Rambla and the port.

The Rambla gets its special flair through the variety. Each of the five sections has its own character and story.