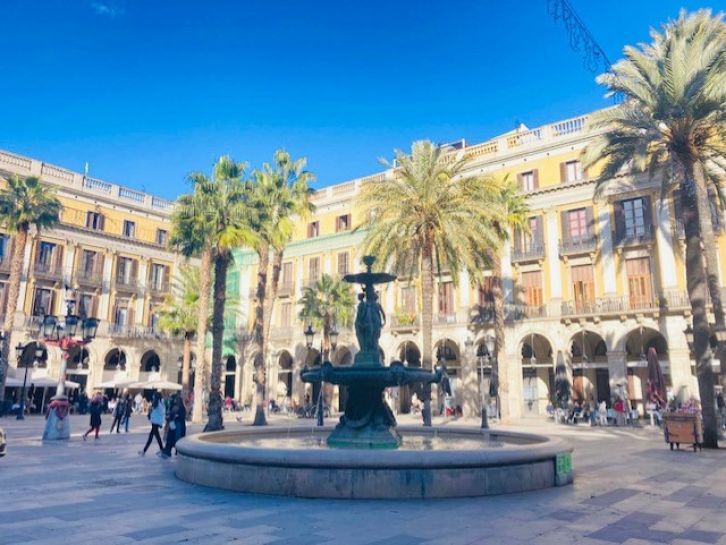 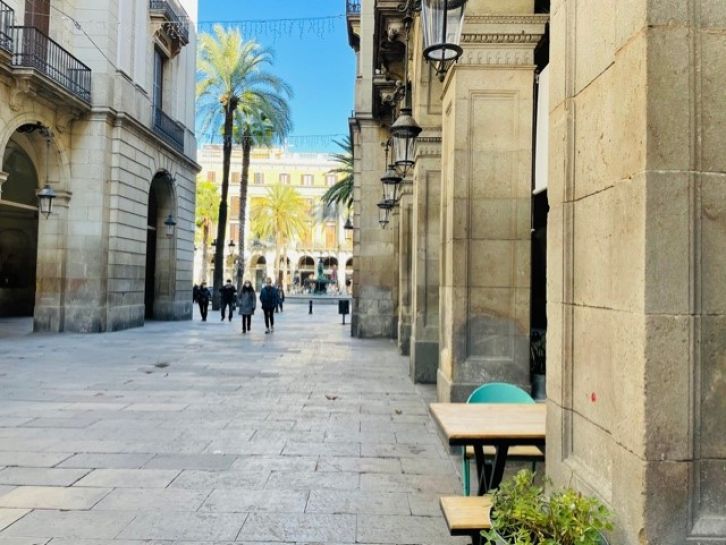 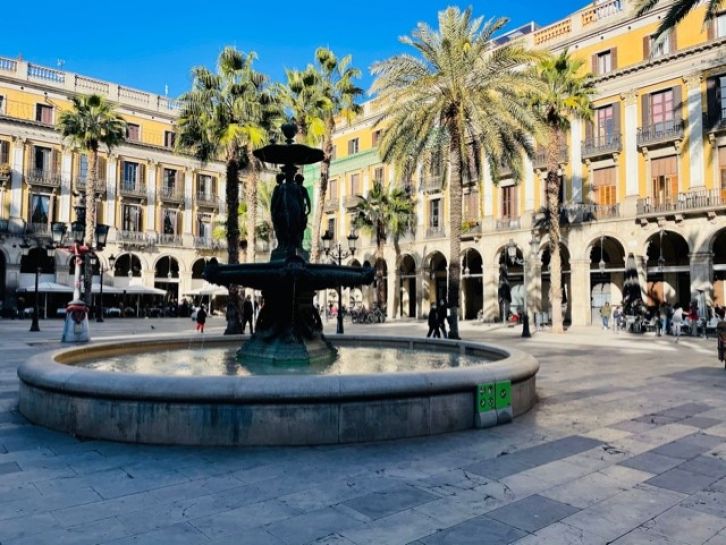 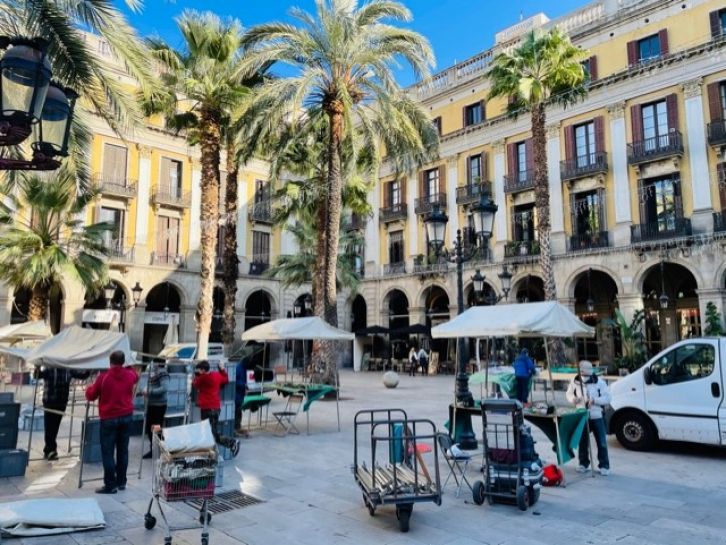 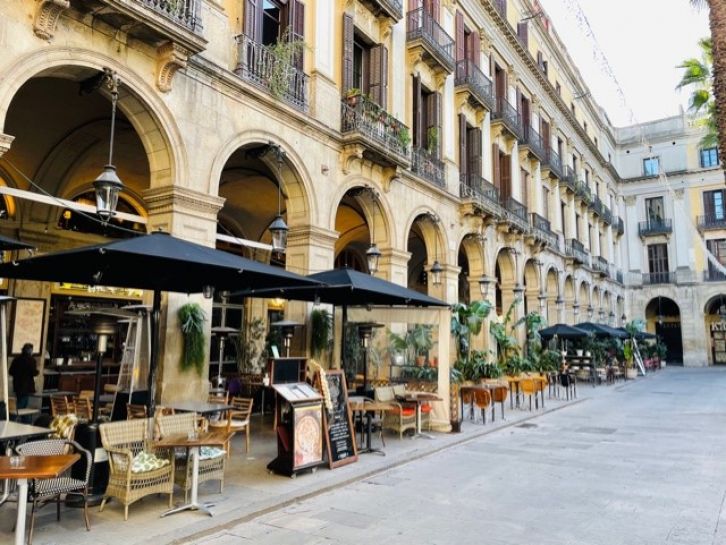 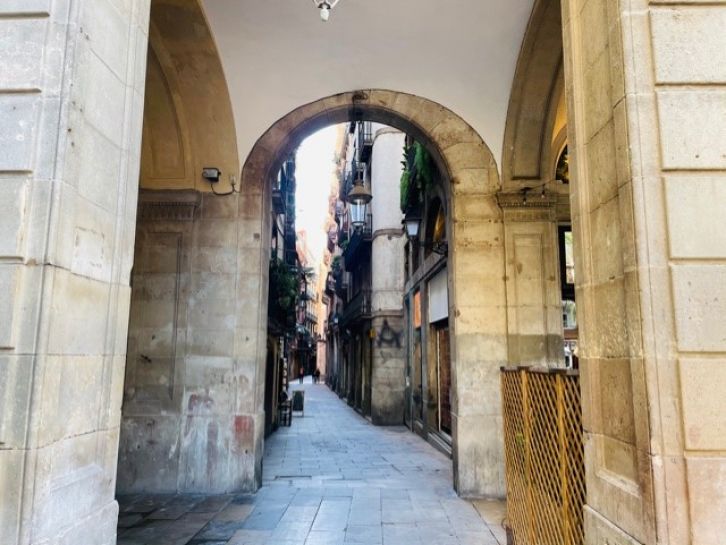 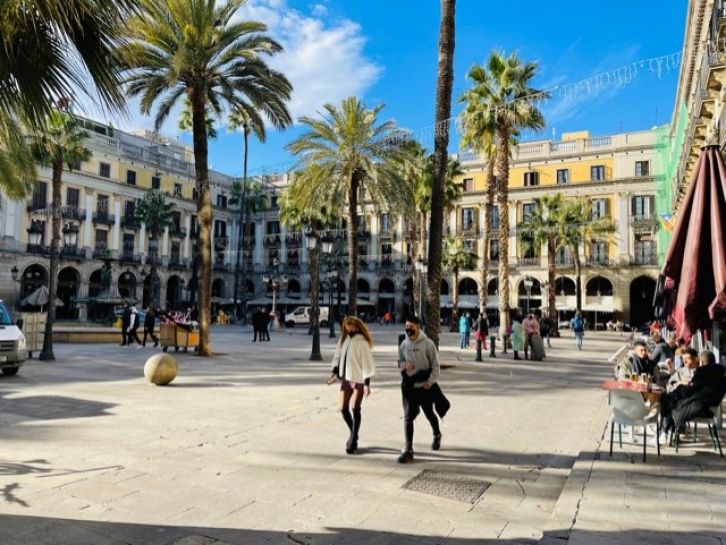 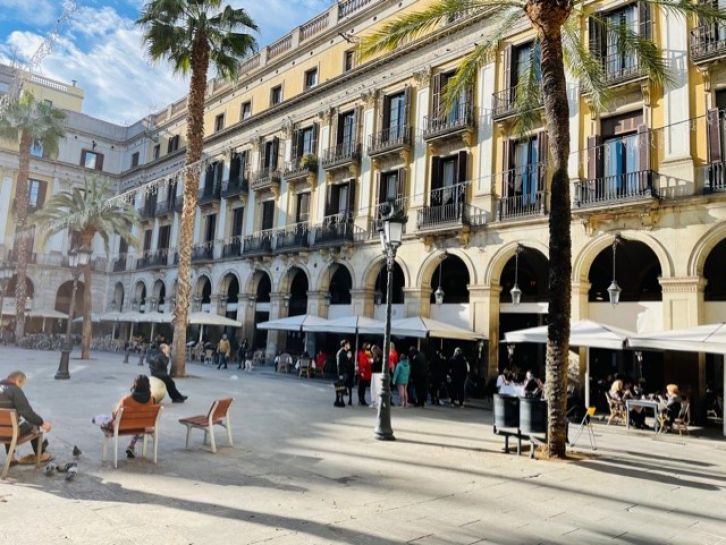 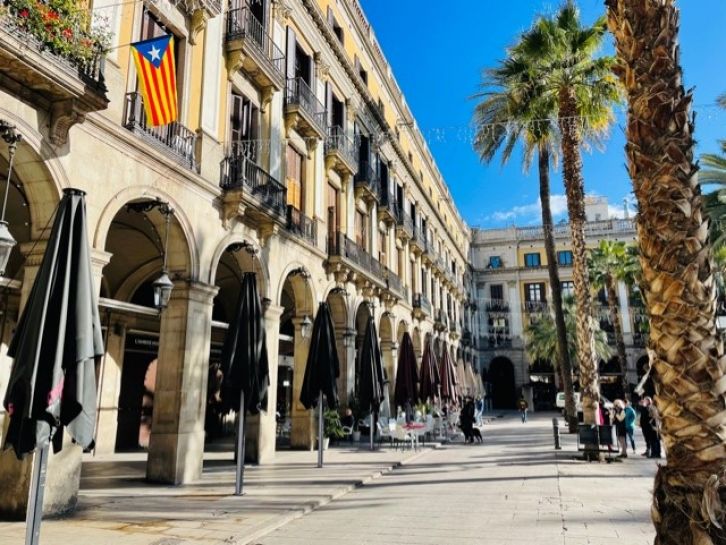 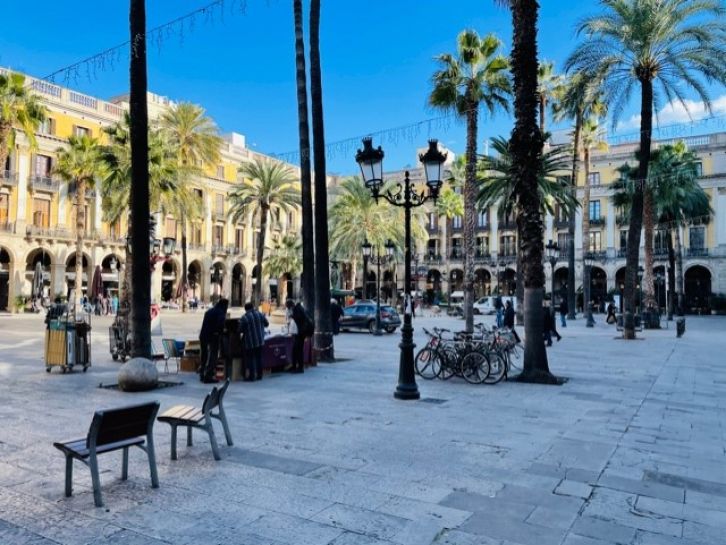 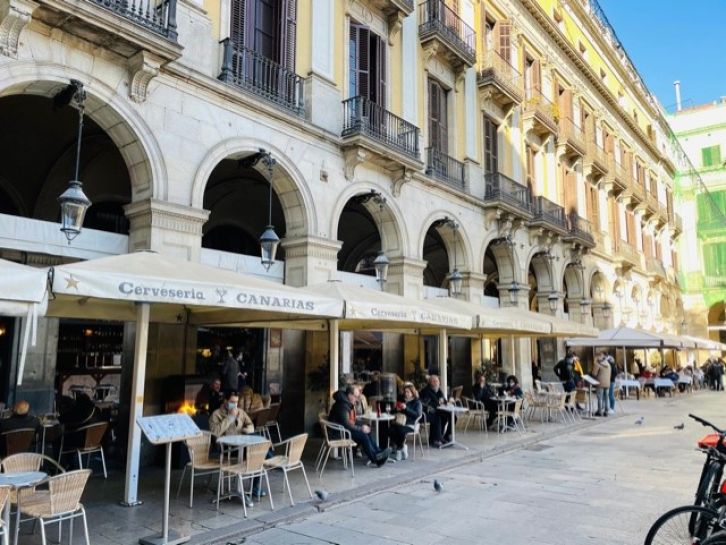 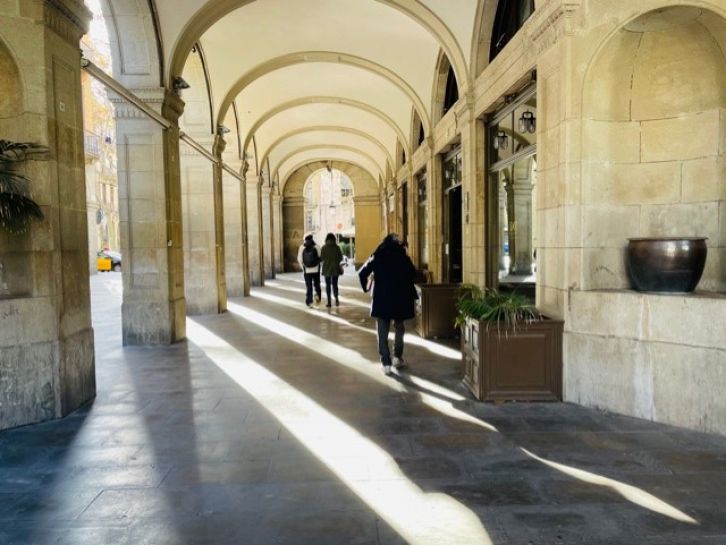 The Plaza Reial is located directly on the Rambla and can be reached via a short side street. Translated from the Catalan, the square is called "Royal Square". It was designed in honor of King Ferdinand VII and was intended to be a luxurious place. It is lined with arcades and has retained the liveliness and elegance from the 19th century. In the middle of the square is the fountain of the three graces. There are two old street lamps next to the fountain on the right and left. They are among the first works by Antonio Gaudi, the architect of many world-famous buildings. Around the Plaza Reial the buildings were kept in the classical style. Between 1982 and 1984 the plaza was redesigned by the architects de Correa and Mila and no vehicles are allowed to drive here. Many cafes and restaurants are around the plaza and invite every visitor to linger.